The selection of mezza-sized dishes hails from the compendium of Lebanese cooking, designed to help you create your personal journey of great tasting flavours. Each dish is based on a twist of a beloved classic, where the ingredients either come together as a heightened harmony of flavours, or as a symphony of contrasting flavours—no two journeys ever need to be the same. 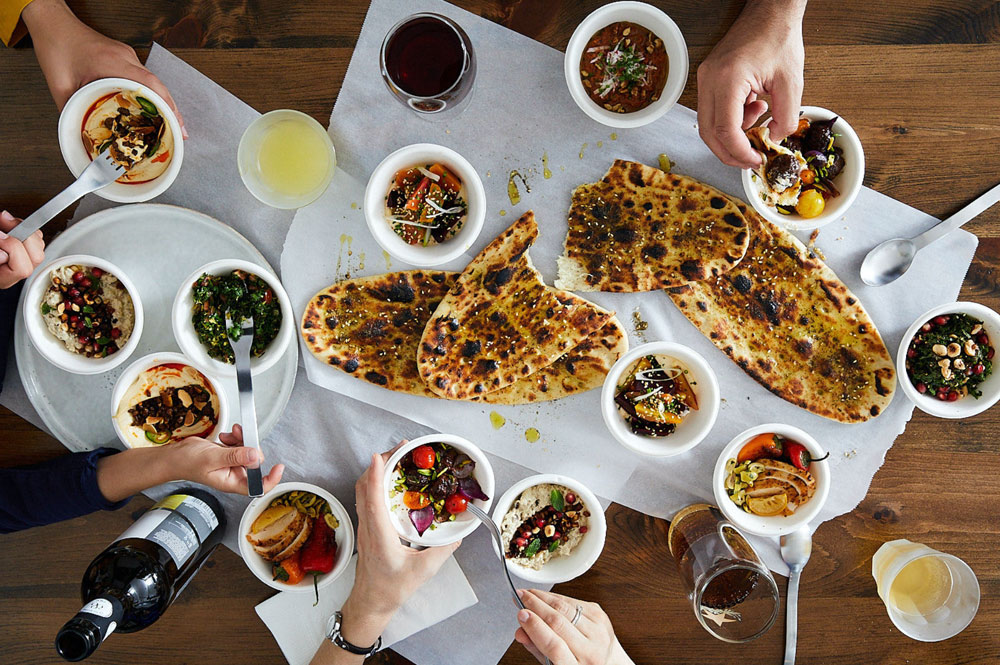 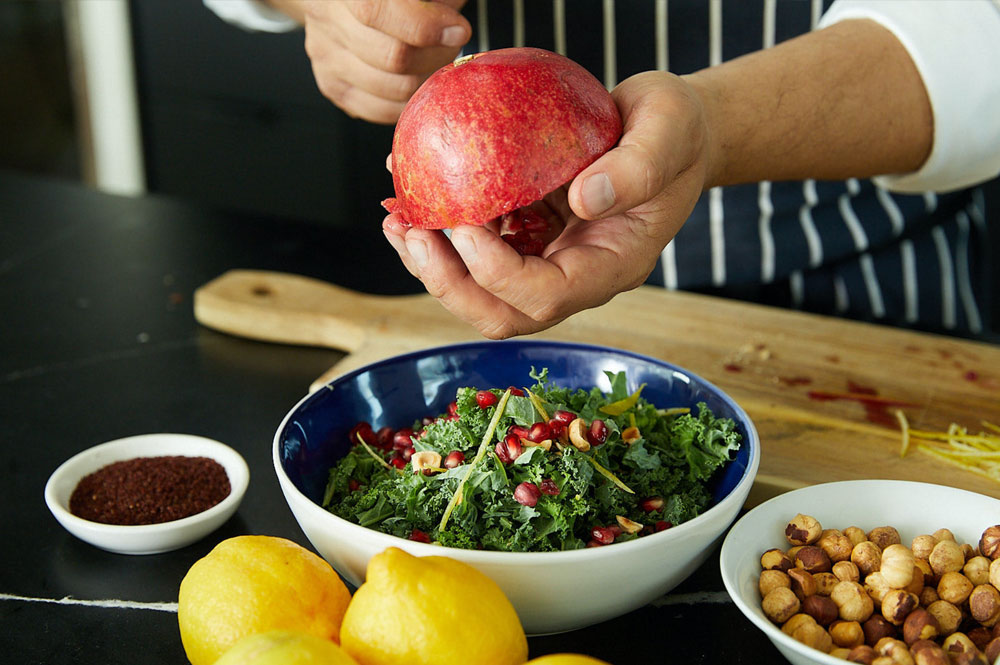 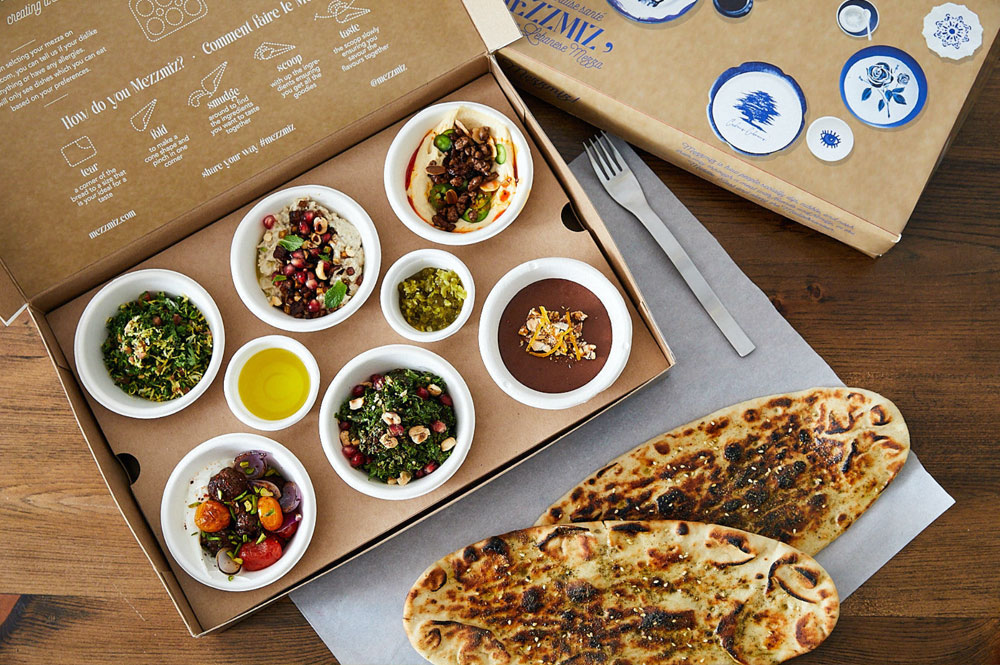 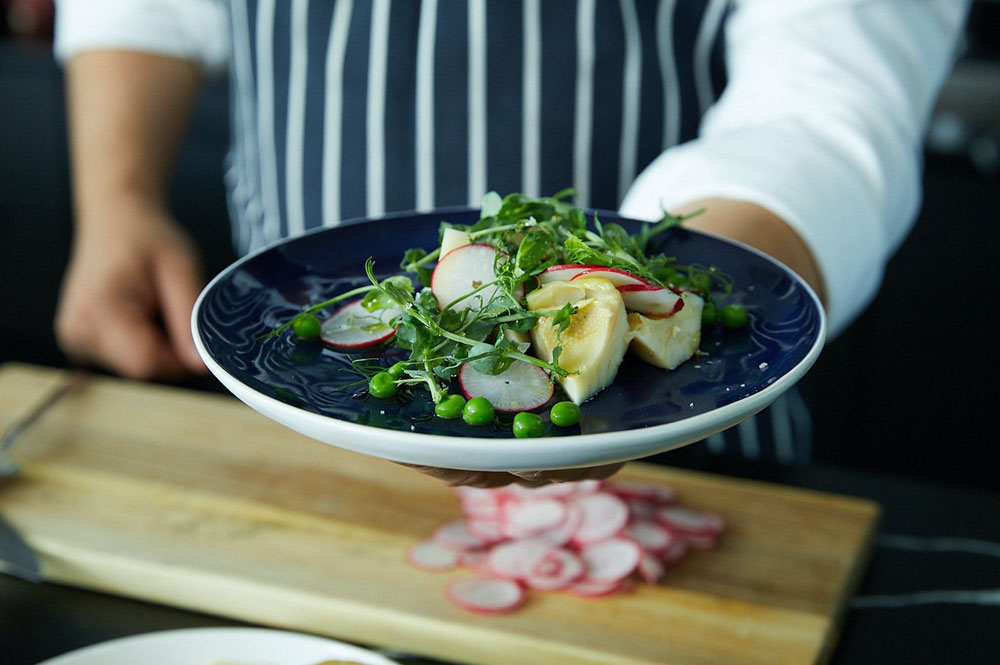 The history of Lebanese cuisine is the history of Lebanon itself. It stretches back millennia, spanning empires, religions and—from it all—a rich culinary diaspora. Today’s Lebanese cuisine is tethered to traditions from all over the Middle East, North Africa, and even Europe. It’s this melange of flavours and drama that defines the dinner table.
Strolling the streets of Beirut, you’ll see just what we’re talking about. Often called the “Paris of the Middle East,” the city spotlights French influences via chic Gemmayze cafés and Saifi Village architecture. Coveted restaurants and street-food vendors alike craft meals with memories of the Levant and beyond. Step into a local bakery to find lahme baajin seasoned with traditional Armenian spices. The bustling capital boasts surprises around every corner.

But of the endless eating traditions to discover, perhaps none better captures the Lebanese spirit of coming together than mezza. Consisting of small appetizers and salads (often served in the dozens), mezza is as much a way to connect with family and friends as it is to fill your belly. Lively flavour combinations and steaming flatbread invite you to dip, nibble, and nosh at a slowed-down pace—one that lets you truly appreciate the people around you.

Yet, at a time when connections matter more than ever, many places around the world aren’t familiar with this way of dining. In fact, Lebanese food is all too often relegated to fast-eating experiences. And while there’s certainly nothing wrong with the occasional shawarma wrap for lunch, these typical gut-filling snacks say little of Lebanon’s colourful food culture and philosophy of stepping on the brakes.

That’s why our founders set out on a mission to teach the art of mezza to others. With Beiruti backgrounds and internationally cultivated palettes, they launched Mezzmiz to reclaim their culinary heritage. The new ghost kitchen introduces the world to accessible, social eating woven together from family recipes, vibrant ingredients, local influences, and more than 5,000 years of history.

Versatile meals are delivered to your doorstep in packaging that’s 100% recyclable and biodegradable (after all, when it comes to mezza, wastefulness is always frowned upon). Served with a baked flatbread to dip and delight, each Mezzmiz tray offers exciting meat, vegetable, or fish combinations of your choosing. Mix, match, be curious. Set your own course of discovery and make some friends along the way!